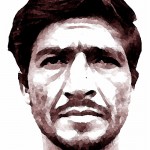 A.K.A.: “The Monster of the Andes”
Number of victims: 57-300+
Murder Method: Strangulation
Country: Peru/ Ecuador/ Colombia

Pedro Lopez is one among the worst serial killers of all time, dubbed as “Monster of Andes” killed above 300 girls in his inhabitant country, afterward in Peru and Ecuador, and probably in other countries. He persuaded young girls to separated and isolated places and after that preyed on them using evil techniques mainly strangulation. He trapped by the market traders when one of his abduction not succeeded. Police was not ready to believe him until a flash flood revealed a mass grave full of his victims. Ultimately 53 bodies were found. Police arrested him in 1980 and after serving 18 years in jail; the Ecuador government set him free in 1998.