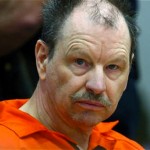 Gray Leon Ridgway is one of the infamous serial killers in America who received more notoriety. He admitted the killing of 49 women and girls in Washington State during the 1980s and 1990s. His major victims were prostitutes and underage runways. He strangled his victims with the help of ligatures or sometimes with his arm and then dumped some of the dead bodies in Green River and some disposed of in planned forest areas to have s****l i*********e with them. In 2001, he was arrested for the murders of four women that were related to him through DNA verification. Gray Ridgway was found accountable and received a sentence of life imprisonment without parole.