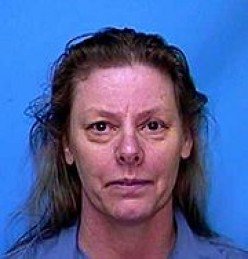 Aileen Wuornos is the lone woman on this list, though there have been a fair number of female serial killers in American history. Coming from another broken family, Wuornos got pregnant by the age of 15 and soon became a wandering prostitute, hitch-hiking from state to state. From a young age Wuornos developed an obsessive hatred of men and, in a fashion, eventually killed like a man, cutting a swath of terror through Florida with her blazing .22-caliber pistol in 1989 and 1990. Apprehended in early 1991, Wuornos confessed to six homicides, all of them men, though she claimed she had killed them all in self-defense. Wuornos averred that one of the men, Richard Mallory, had raped and beaten her, so she had to defend herself. Nevertheless, the jury didn’t acquit Wuornos, sentencing her to death for the murder of three men. Wuornos died in the electric chair in October 2002. Actress Charlize Theron portrayed Wuornos in the movie, Monster.