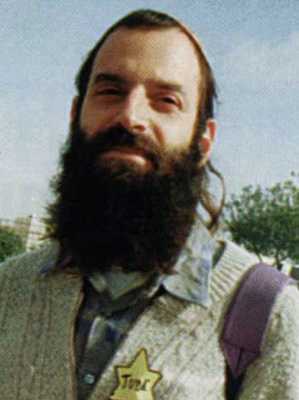 Baruch Goldstein was an American-born Israeli settler who perpetrated the notorious Cave of the Patriarchs massacre, in 1994. As a member of the militant Jewish Defense League, Goldstein heavily discriminated against Arabs throughout his life before the massacre. He worked as a physician in the Israeli Defense force, though he refused to treat wounded Arabs at all. After his close friend Rabbi Kahane was assassinated by Arab Extremists, Goldstein swore to take revenge. On February 25th, 1994, Goldstein entered the Cave of the Patriarchs, where 800 Palestinian Muslims were praying. He wore a military uniform in order to appear inconspicuous and blend in with the guards. Goldstein positioned himself at the back of the mosque, strategically covering the only exit. After waiting for a significant amount of time, he opened fire on the crowd with a Galil Assault Rifle.

In an incredibly short amount of time, Goldstein managed to shoot 29 people to death and wound over a hundred more. According to witnesses, he stood rigid, without moving from his original spot, and tried his hardest to injure as many people as possible by spraying bullets in all directions. The massacre came to an end when someone in the crowd smashed a fire extinguisher over Goldstein’s head, and proceeded to beat him to death with the help of many others present. Goldstein has since been described as a martyr by Jewish extremists, though his actions have been condemned by the Israeli Prime Minister, Yitzhak Rabin.