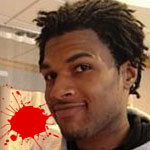 In 1981, John Marten Crawford, A Canadian Serial killer, was sentenced to 10 years imprisonments for homicide in the slaughtering of “Mary Jane Sirloin” in Alberta. In 1989, he released from jail. Crawford then sexually attacked “Theresa Kematch” under the police surveillance. In 1996, Crawford was sentenced for slaughtering three local ladies. He is presently serving three simultaneous life sentences in Saskatchewan Penitentiary.

Moreover, other serial killer names including Zodiac Killer, The Bone Collector, Jack the Ripper, Charlie Chop-Off, Jack the Stripper and some other are the serial killers never caught. Furthermore, Texas serial killers, Phantom Killer, The Servant Girl Annihilator remained unsolved mysteries. These most evil people are no doubt, deadly and mysterious. So, in your opinion, in the above-mentioned top serial killers list, which one is most terrible and evil?