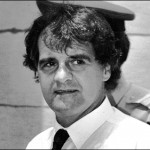 Canadian serial killer “Wayne Clifford Boden” was a 26-year-old muscular young fellow whose criminal signature is to left bite marks on the breasts of his female victims. His all female victims had been found naked and choked to death in their flats, yet there were no any indications of the struggle. The police caught him when investigators staked out all blue Mercedes, which was the sort of car he used to drive. In 1972, he was sentenced to four life imprisonments through criminological odontology. The dental specialist could exhibit 29 points of comparability between the Bowden’s teeth and bite marks on the breasts of his female victims. In 2006, he died of skin cancer at Kingston Regional Hospital.