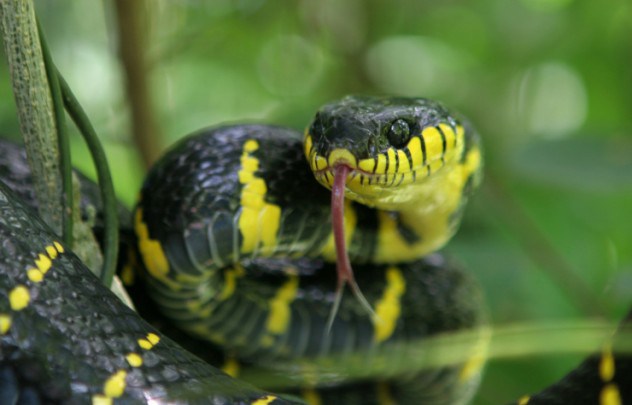 Charles Sobhraj speaks several languages, studies psychology, and is an expert on gemology. He’s a big fan of Nietzsche, loves discussing “Beyond Good and Evil,” and between 1975 and 1976, this half-Vietnamese half-Indian “ubermensch” murdered over 20 people across India, Thailand, Nepal, Turkey, and Iran. And thanks to his genius, he almost got away.

Sobrhaj’s M.O. was to befriend western tourists hiking along the “Hippie Trail,” a path that wound its way through Asia. Then he used pills or powders to make his victims sick. When they were too weak to continue, he finished them off. Sometimes he strangled, sometimes he stabbed, and sometimes he burned them to death. Thinking of himself as a superman, Sobhraj saw his crimes not as murders but as cleanings.

Sobrhaj finally screwed up when he poisoned 60 French tourists staying at an Indian hotel. His attack backfired, only giving everyone violent diarrhea, and Sobhraj was caught and arrested. However, the Indian government only had enough evidence to convict him on minor charges. He was sentenced to 11 years, but the moment he stepped out of prison, the Thai government planned to extradite him to face the death penalty. However, a quirky Thai law stated that if a suspect wasn’t tried within 20 years of the crime, he couldn’t be prosecuted. If Sobhraj could stay in the Indian prison system just a little longer, he’d eventually be a free man.

Nicknamed “The Serpent” for his crafty skills as an escape artist, Sobrhaj planned to drug his guards and break out of prison—after all, he’d done it four times before. The escape went according to plan and he was arrested two weeks later—-also according to plan. Tried for escaping, his extra sentence meant he wasn’t released until 1997. Safe from the Thai government, he planned to live a life of luxury with the millions he earned selling the movie and book rights to his story. Then he made a big mistake. In 2003, he was arrested in Nepal for the murder of two North Americans, and today he’s safely behind bars. Of course, the Serpent is always plotting and attempted an escape in 2004. The Nepalese authorities had better keep a close eye on this psycho snake.