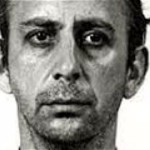 Joachim Georg Kroll, one of worst serial killers in history was also a cannibal, known as “Ruhr Cannibal” and the “Duisburg Man –eater”, killed and ate 13 people by mutilating them, claiming that he was doing so to save his grocery bills. He began killing in 1955 when his mother died. He used to keep inflatable s*x dolls and to practice strangling people. When Kroll was asked by his neighbor that what is stuck in his apartment drainage system, he simply answered; “Guts”. Neighbor reported this to the police and they found the body of a girl cut up named “Ketter” in his apartment. Kroll was convicted for 8 killings but admitted a count of 14. In 1991, he died of a heart attack in the prison of Rheinbach, near Bonn.