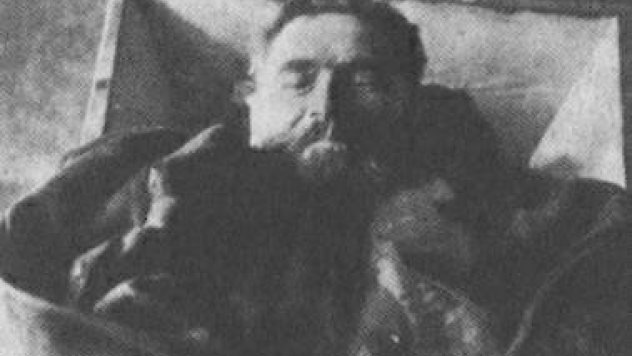 Thanks to Hannibal Lecter, cannibal killers aren’t all that shocking. In fact, we almost expect it from our psychopathic murderers. However, Karl Denke took things to the next level. He was Lecter meets Mrs. Lovett.

Denke lived in what was then the town of Muensterberg in Germany (today it’s Ziebice, Poland), and he was a beloved figure around town. Everybody called him “Papa Denke,” he was active in church, and was always willing to give a handout to those less fortunate. He even let poor travelers and homeless vagabonds spend the night in his home. When he wasn’t doing good deeds, he was selling suspenders, belts, and scrumptious jars of pickled pork. He was so popular that nobody cared if he regularly dumped buckets of blood outside his home, or that his apartment smelled really weird.

Then on December 21, 1924, a coachman heard screaming coming from Denke’s house. He ran inside to find a young man covered in blood. Denke claimed the man was a thief who he’d fended off with an ax. Following protocol, the police took Denke to the station and locked him up. Later that evening, they found Papa Denke hanging in his cell, having committed suicide with his handkerchief. Suspicious, the police searched his home and found human skin (for those suspenders) and tubs of pickled flesh. They even found a journal full of names, dates, and…weights. In total, authorities suspected Denke of murdering 40 people over a span of four years. Even worse, everybody around Muensterberg had been eating them for dinner. Yum.