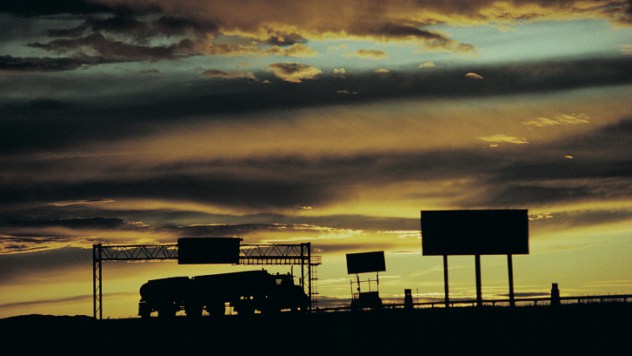 Want to hear a disturbing statistic? In 2012, the FBI claimed there were at least 300 “highway serial killers” cruising America’s interstates. Of course, 300 in a nation of over 300 million is a pretty small number. Enter Robert Ben Rhoades.

Chances are good most hitchhikers won’t end up on dead along the side of the road. Of course, all of Robert Ben Rhoades victims probably thought the same thing.

The torture truck toured America until April 1, 1990, when an Arizona cop noticed Rhoades had his hazard lights on. When the officer investigated, he found a naked woman shackled in the cab. Rhoades was arrested, and investigators started digging into his background. They searched his truck and apartment and found bloody towels, a damning journal, and photos of a terrified girl. A year later, they identified her as Regina Kay Walters, a 14-year-old whose body was found in Illinois.

Faced with the death penalty, Robert Ben Rhoades plea bargained and was sentenced to life. But the horror story kept unfolding. A few years ago, Rhoades was given two additional life sentences for the murder of two traveling missionaries. You have to wonder how many other drifters hitched a ride in Rhoades’s rolling dungeon.