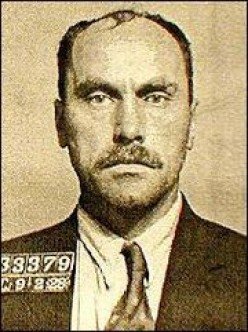 Carl Panzram may have been one of history’s first identified sociopaths. This man showed no conscience or compassion and never expressed the slightest regret for murdering 21 human beings. Panzram’s trouble started at the age of eight when he was arrested for drunk and disorderly conduct. Then, at a reform school, Panzram drew a loaded pistol on a teacher and pulled the trigger – but the gun didn’t go off. While awaiting execution by hanging, Panzram wrote, “If in the beginning I had been treated as well as I am now, then there wouldn’t have been so many people in this world that have been robbed, raped and killed.” In 1930, when about to have his neck stretched, Panzram said, “Hurry it up, you Hoosier bastard. I could hang a dozen men while you’re fooling around.”