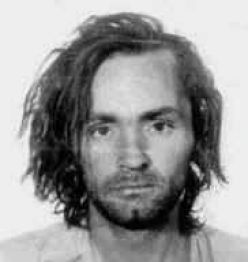 Charles Manson had a terrible childhood like most serial killers. He had no known father and his mother was a criminal who eventually rejected her son. Manson spent almost all of his early years in reform school or jail. But when Charlie got into his thirties he became a guitar-strumming hippie with charisma. Fancying himself a kind of messiah, Charlie eventually formed a kind of “family” out in the desert, brainwashing his hippie followers while they tripped on LSD. Then he sent them – mostly women – on a murderous campaign in L.A., hoping to start a race war he called Helter Skelter. Once busted, the shocking tale of the Manson Family became the most sensational trial of the century (Until O.J?). Thereafter, hippies were no longer viewed as innocent flower children banging on tambourines, and LSD wasn’t exactly given a resounding endorsement either. Perhaps Charlie’s most memorable line was “You made me,” when referring to how he thought society had made him what he was.