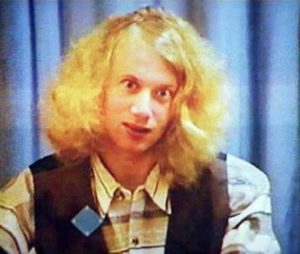 On April 28, 1996, a lone gunman entered the Port Arthur Historic Site in Tasmania, Australia. Over the course of the next hour and a half, he would shoot and kill thirty-five people and injure twenty-three others.

The shooter was Martin Bryant—a man who had been described by his neighbors as immature yet harmless. His mental health issues had been overlooked until it was too late.

The Life of Martin Bryant

Martin Bryant was born in 1967 in Devonport, Tasmania. Growing up, he was considered to be mentally handicapped, and he never held down a job or pursued any higher education. However, he was well-loved by his community—particularly the local children for whom he often bought expensive gifts. He also inherited $1.5 million from his father when he passed away at age fifty-nine.

Despite this fortune, Bryant remained lonely after moving from his family home to Hobart in 1995. This loneliness eventually consumed him—so much so that during one visit to his psychiatrist, he told her that he wanted to go around shooting people.

At 1:30 PM on April 28th, 1996, 35-year-old Martin Bryant arrived at the Port Arthur Historic Site armed with two semi-automatic rifles and more than 700 rounds of ammunition hidden in a tennis bag and straw basket respectively. He shot randomly at visitors before entering the Broad Arrow Cafe where many tourists were eating lunch. In total, thirty-five people were killed over the course of an hour and a half while twenty-three others were injured by either gunshot wounds or flying glass fragments caused by explosions set off by Bryant using gasoline cans outside of buildings within the site boundaries.

When police arrived on the scene they found Bryant in Seascape Cottage—the home of caretakers David and Sally Martin which was located several kilometers away from the historic site itself—and arrested him without incident shortly afterward.

Martin Bryant’s life is a tragedy that will not soon be forgotten by those closest to him or those affected by the horrific events that unfolded at Port Arthur Historic Site on April 28th, 1996. It is important to remember that mental illness should never be overlooked but instead treated with utmost seriousness as it can lead to devastating outcomes if not addressed properly.

The story of Martin Bryan serves as an important reminder for us all about recognizing warning signs early on so that tragedies like this may be avoided in future incidents worldwide.