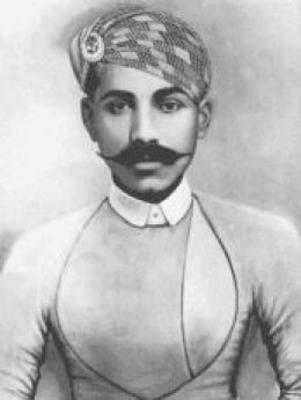 Thug Behram was the leader of the Thuggee cult, which was responsible for the murder of 931 people between 1790 and 1840. Behram himself committed about 125 murders, each with the ceremonial ruhmal (handkerchief). To join the cult, one’s father or mother must have been a member. In at least 65 murders committed by Behram, a Canova Medallion was dropped on their Adam’s apple (the medallion was very heavy) to increase pressure while Behram strangled the victim.