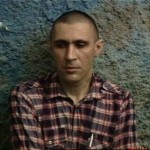 Between 1986 and 1992, Russian serial killer, Sergei Golovkin, murdered and butchered 11 young men in the Moscow area.  His victims were young boys aged 10-12. He had a room in his carport where he tormented kids for hours. He assaulted, smoldered, uprooted the skin, cut, killed and dismantled his victims. In 1994, he was sentenced to death for killing 11 boys and executed by gunshot in 1996.