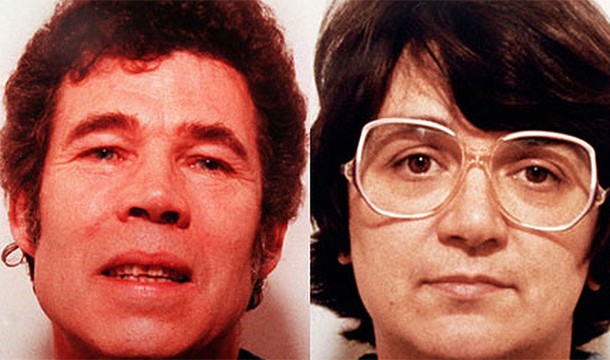 Between 1967 and 1987 Fred West and his wife Rose tortured, raped and murdered at least 11 young women and girls, many at the couple’s homes at 25 Cromwell Street, Gloucester which was later nicknamed the house of horrors. The pair were finally apprehended and charged in 1994 after police obtained a search warrant and located several human bones buried within the garden and under the floor boards. Having been arrested and during his trial, Fred West hanged himself in his prison cell prior to being convicted. In 1995 Rose West was jailed for life having been found guilty on 10 counts of murder. Their house at Cromwell Street was demolished in 1996 to discourage souvenir hunters.