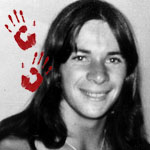 It is believed that Worrell with his companion named James Miller, raped and killed seven young ladies aged 15 -20.  Most of them were hitchhikers. Their dead bodies were found near Adelaide. It creates the impression that all had been choked, frequently utilizing a nylon rope. However, there was a suspicion that the remainder of the casualties had been buried alive. In 1977, Worrell and his young female friend were murdered in a car accident. But it was believed that he was not dead and he started to kill more viciously. Miller was discovered liable of six of the seven violations.